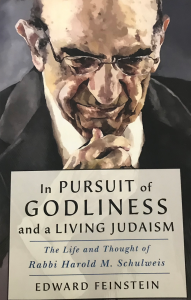 In Pursuit of Godliness and a Living Judaism is a comprehensive biography about the life, works and times of Rabbi Harold M. Schulweis ( z”l), an essential figure in the renewal of Jewish life in post-war America, written by his disciple, colleague and successor, Rabbi Edward Feinstein.

“Schulweis reshaped the narratives of contemporary Jewish life in response to the pressing religious and moral questions of the 20thcentury. He offered a way for contemporary Jews to return to a belief in God in the shadow of the Holocaust. He reconceived the synagogue…He demanded that conscience be reintroduced into the heart of Jewish religious life, that Jewish law and practice be aligned with the deepest moral insights of the Jewish tradition, and that Judaism speak with prophetic moral passion to an indifferent, oblivious world. “

Widely regarded as the most influential rabbi in his generation, the “rabbi of rabbis,” the book chronicles Rabbi Schulweis’ life as communal leader, author, post-Holocaust theologian and prolific innovator of synagogue life. Known as the initiator of synagogue-based havurot, he opened Jewish life up to alienated Jews and Christian seekers, gay and lesbian Jews, and children with special needs.

He launched The Foundation for the Righteous, recognizing the deeds of Christian rescuers during the Holocaust, as well as Jewish World Watch, a response to the rising incidence of genocide worldwide. Author of numerous books, including Conscience: The Duty to Obey and the Duty to Disobey and For Those Who Can’t Believe: Overcoming the Obstacles to Faith,  Rabbi Schulweis became the beloved spiritual leader at Valley Beth Shalom in Encino, California, in 1970. 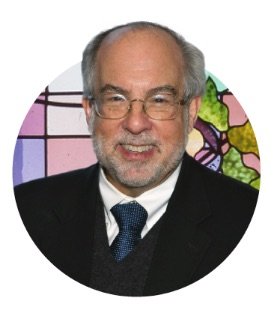 Author Rabbi Edward Feinstein is Senior Rabbi at Valley Beth Shalom in Encino, California and faculty member at American Jewish University in Los Angeles. Dubbed “a master storyteller” by Rabbi Donniel Hartman of Shalom Hartman Institute/Jerusalem, Feinstein has authored a number of books including Tough Questions Jews Ask: A Young Adult’s Guide to Building a Jewish Life and The Chutzpah Imperative: Empowering Today’s Jews for a Life That Matters. 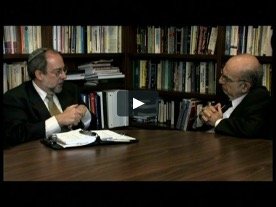 PRAISE for In Pursuit of Godliness and a Living Judaism:

“…a loving, sophisticated, illuminating, outstanding depiction of a brilliant intellectual/spiritual/moral leader who deserves just such a treatment… a tour de force articulation of a truly great life.” —Rabbi Irving (Yitz) Greenberg, author of For the Sake of Heaven and Earth: The New Encounter between Judaism and Christianity & Living in the Image of God: Jewish Teachings to Perfect the World


“A must-read…for any Jewish leader looking for practical strategies for communal growth and engagement from the remarkable Harold M. Schulweis, the most innovative rabbi of our time. His devoted disciple, Rabbi Ed Feinstein, has written a highly readable account of Rabbi Schulweis’s thought and action that will inspire, inform, and uplift you.”  —Dr. Ron Wolfson, Fingerhut Professor of Education, AJU, author of Relational Judaism

CLICK HERE to purchase your copy today on AMAZON.

To support Valley Beth Shalom with your purchase, please go to smile.amazon.com, where you can designate VBS as your charity of choice.